If you researching Lizards, or just curious, you may wonder about the temperature affects them and why they may freeze…

Lizards freeze when they are subjected to very cold temperatures for a long period. If the temperature falls below a range in a lizard can withstand, their bodies will essentially shut down and the lizard will freeze.

When lizards freeze, one might assume that they’re dead, but they aren’t; they’ve gone into their type of hibernation as a survival mechanism to handle the cold. Whether or not a lizard can survive this freezing depends on how long they are exposed to those temperatures.

Contents hide
1 Why Do Lizards Freeze?
2 What Happens If A Lizard Freezes?
3 Can A Lizard Warm Itself Up?
4 Do Frozen Lizards Come Back To Life?
5 How Can You Prevent A Lizard From Freezing?
6 What Does A Lizard Do When It Freezes?
7 Can Lizards Survive Extreme Cold?
8 How Cold Can A Lizard Survive?
9 What Does “Cold Blooded” Mean For Lizards?
10 Do All Lizards Need A Heat Lamp?

What Happens If A Lizard Freezes? 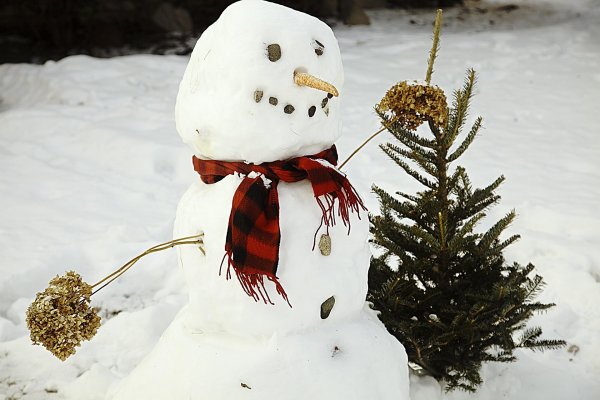 A decorated snowman outdoors on the snow.

When a lizard freezes, they are essentially shutting down as much body activity as it can to conserve as much energy as possible. Many lizards will get their energy from the warmth of the sun, and when it gets too cold, that energy is no longer sustained.

As a result, lizards don’t have enough energy conserved to keep their vital organs warm, so they must shut down to use what energy is left to keep themselves alive. Lizards are very influenced by temperature, so they’ve developed their way to survive in unsavory temperatures.

Can A Lizard Warm Itself Up?

Lizards are not able to warm themselves up due to their ectothermic nature. They are cold-blooded animals that are influenced by their environment and the climate they live in. As a result, lizards that freeze due to cold temperatures will need temperatures to warm up for them to warm up and get back to daily life.

This is also why it’s highly recommended that lizards kept at home are given a reliable heat source in their enclosures. The heat source chosen will often depend on the kind of lizard you have, as different species have their own needs.

Do Frozen Lizards Come Back To Life? 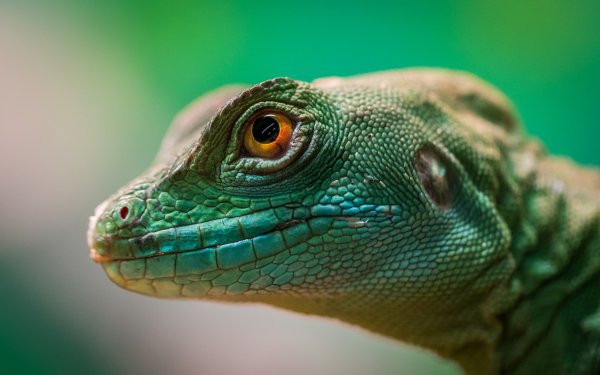 No, not literally. However, not all lizards who freeze up due to low temperatures will die. This freezing, as mentioned, is an effort to conserve energy to stay alive during freezing temperatures.

As such, lizards can “come back to life”, not literally, but regain movement, should temperatures start to rise well enough for them to garner up more energy. Since lizards look dead when they’re in their frozen state, it’s quite fascinating to watch them exit this state once it’s warm enough for them to do so.

How Can You Prevent A Lizard From Freezing?

When it comes to lizards in the wild, there isn’t much that can be done to prevent freezing. It’s part of their natural process for adapting to colder conditions, and they will be able to get out of the freezing stage once temperatures warm up again or the sun comes out.

To prevent your lizard at home from freezing, you want to ensure that the enclosure they live in is kept warm. Having a backup heat source in the case of a power outage or a storm is always a good idea.

What Does A Lizard Do When It Freezes?

When lizards start to detect cold weather, they will start to slow down. They will stop moving and wandering around to keep the energy they still have. Frozen lizards will still breathe and be able to function, but they exhibit so little movement that one might think the lizard has died.

If a lizard is up in a tree or another high area, it’s possible that they could fall out of that area as they freeze up. Depending on the lizard, this could pose a potential hazard to passersby.

Lizards will find a safe space to settle and will use their body fat and their energy to keep their vital organs going. The rest of their body will completely stop, which is why this activity is referred to as freezing.

How Cold Can A Lizard Survive?

When temperatures fall below 42 degrees Fahrenheit or 5 degrees Celsius, a lizard’s body will start to slow and shut down to stay alive, which will lead to freezing. Regardless of the type of lizard, many will not be able to withstand temperatures colder than this for long.

As long as temperatures don’t stay under that range for too long, the lizard should be perfectly okay. Depending on the type of lizard, many can survive for a few weeks in their frozen state before their survival is at risk.

What Does “Cold Blooded” Mean For Lizards?

Cold-blooded lizards rely on external temperatures and weather conditions to either stay warm or stay cool. This is part of their ectothermic nature. Lizards tend to gravitate toward warmer climates because of this so they aren’t having to freeze all the time to stay alive. However, there are a few types of lizards that have adapted to cooler climates.

During a typical day, a lizard will hang out in the sunshine, enjoying the feeling of the heat and gaining energy from the sun. Should the sun be a little too hot, a lizard will find a shady area for some reprieve. Lizards are very good at adapting their daily routines to accommodate their temperature regulation needs.

Do All Lizards Need A Heat Lamp?

No. Most lizards benefit greatly from having a heat lamp that also gives off UVA and UVB rays. Not only will the heat lamp keep them warm, but the ultraviolet rays will help give them energy.

However, if you have a nocturnal lizard at home, they don’t need ultraviolet lights.

Heat lamps are important regardless of the type of lizard you own because they can’t produce heat on their own. The heat in your home may not be enough to help lizards regulate their body temperature. Since the temperatures in our homes can also fluctuate often, a heat lamp ensures your lizard always has enough warmth to keep going.